The Rockdale Coalition for Children & Families was established in August 1996 by a resolution from the Rockdale County Board of Commissioners as part of the State of Georgia’s Family Connection initiative under then Governor Zell Miller. Randy Poynter was the Chairman of Rockdale County Board of Commissioners, and John K. Morgan, CEO of Acuity Brands, served as the first Chairman of the Rockdale Coalition Board of Directors. John was instrumental in helping to establish the Coalition, and due to his generosity, the Coalition awards the annual John K. Morgan Community Service Scholarship to individuals who have demonstrated outstanding community service. From 1999 to 2009, Bill Hughey served as the Executive Director of the Coalition. Under Bill’s leadership, the Coalition became a well established and respected Rockdale entity, funneling millions of dollars for the benefit of families & children in the Rockdale community. In his honor, each year the Coalition awards the F. William Hughey Community Service Award to a worthy recipient who has demonstrated collaborative community service in the Rockdale community. 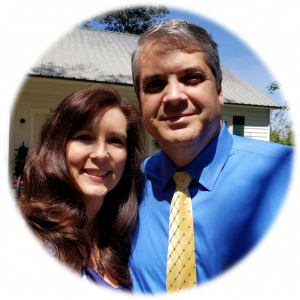 Michael J. Hutcheson has served as the Executive Director of the Rockdale Coalition since August 2009. Prior to his time at the Coalition, he served in the Rockdale community for eight years as a local minister, coordinating many outreach projects for the benefit of Rockdale citizens. Michael was raised in Soperton, GA, and is a graduate of the University of Georgia and Southwestern Baptist Theological Seminary. He and his wife, Meredith, have been married for 29 years and have two beautiful daughters, Melanie and Mary Kathryn.

Allan Jones (Chairman)*
Years on Board: 19

Rev. Timothy Hogg (Secretary/Treasurer)*
The Father’s House
Years on Board: 12

Jennifer Edwards*
City of Conyers
Years on Board: 6

Jasmine Peek*
Rockdale Department of Juvenile Justice
Years on Board: 3

Shane Persuad*
United Way of Greater Atlanta
Years on Board: 4

*Members of the Executive Committee